The following experts are speaking out in support of adult use of Tobacco Harm Reduction (THR) products to help people quit smoking and to prevent relapse.

Tobacco Control / TC (Past or Present)

Tobacco Harm Reduction Quote: E-cigarette Summit 2021 We treat addiction to combustible tobacco differently than addiction to other products with respect to harm reduction approaches. We are spending way too much time on infighting and too little time on finding common ground to massively reduce combustible tobacco use and ending the false equivalency between products. Smoking remains a worldwide tragedy causing a billion lives at stake in this century alone. Lower risk products exist to help those unable or unwilling to quit. We have abandoned our harm reduction approach in public health when it comes to saving smokers.

Bio (there is also a photo on the link above: In 1988 he served as the associate director of the National Coalition on Smoking or Health, where he worked for its founding director, Matt Myers (who later became the president of the Campaign for Tobacco-Free Kids); He served as an attorney and advisor in the state attorney general actions that resulted in the Master Settlement Agreement; Worked as a policy advocate, lawyer and consultant on behalf of Americans for Nonsmokers’ Rights and the Public Health Law Center; Served as the American Cancer Society’s Vice President for Tobacco Control and as the founding Director of ACS’s Center for Tobacco Control; He is the Director, University of Michigan Tobacco Research Network and Adjunct Professor, University of Michigan School of Public Health.

Statement: All nicotine-containing products fall along a continuum of risk – with combustible tobacco products like cigarettes on one end representing the most dangerous form of nicotine delivery, and on the other end medicinal nicotine products. For the smoker, quitting all nicotine and tobacco use is the surest way to reduce risk, but for those who want or need to continue using nicotine, switching to a noncombustible source of nicotine will significantly reduce their risk compared to continued smoking.

Source #1 and Source #2 Bio: Former CEO of the American Cancer Society and ACS Cancer Action Network. Served on the White House Advisory Group on Prevention, Health Promotion, and Integrative and Public Health, as well as the Advisory Committee to the Director of the Centers for Disease Control and Prevention. He also served on the National Cancer Policy Board of the Institute of Medicine and the National Cancer Legislation Advisory Committee. He is a past president of the International Union Against Cancer. He helped to create the National Center for Tobacco-Free Kids (now the Campaign for Tobacco-Free Kids)

Source #1 and Source #2 Statement: Technologies/alternatives exist today that can help people quit smoking or at least reduce significantly their consumption of burned tobacco, which is what kills them. After fighting the tobacco epidemic for over 5 decades, we now have proven harm reduction methods to help us avoid a carnage in otherwise preventable deaths.

Statement / Quotes: I know how totally horrible tobacco is for a human being, and what it does to you. But I think things are moving in the direction of harm reduction. I think a lot of people have hidden their heads in the sand. They are just so totally opposed to e-cigarettes, it drives them nuts. I think there is a whole range of new products that are coming up that could potentially be better and better and better—less harmful.

Bio: Has served as chairman of the Coalition on Smoking or Health (the precursor to the Campaign for Tobacco-Free Kids); vice president of the American Heart Association; steering committee of the Alliance for Health Economic and Agriculture Development (AHEAD); advisor to the Food and Drug Law Institute’s tobacco conferences; advisor to the University of Virginia's Morven Dialogues on tobacco, nicotine and harm reduction.

Statement: Most smokers want to quit and if we can provide those smokers with science based, consumer acceptable lower risk products we could fundamentally alter the current marketplace and save hundreds of thousands of premature deaths.

It is also important to understand that there is no one formula which applies to all, every smoker has their biogenetics, their personality, their circumstances owing to which they cannot quit smoking. There is a need to consider different solutions for various groups and assess safer alternatives on a case-to-case basis. There is a need to provide consumers with varied and safer alternatives giving them the right to choose the best solution that works for them. There is plenty of evidence and scientific evidence on the vast potential of the tobacco harm reduction category and how it can benefit adult smokers. Source

If you have somebody pulling their chemo bag and they are going to sneak a cigarette out behind the cancer center, which we see, it’s pretty sad. It ain’t a choice. It’s a true addiction. There are alternative nicotine delivery products that don’t have to send you to your local cancer center,” Source

"In just today, we are going to lose 20 of our residents. Twenty individuals in Wisconsin are going to die prematurely of a disease directly caused by their smoking, on average, robbing them of 10 to 15 years of life." " Many adults don't want children exposed to secondhand smoke. Vaping is, without a question, less dangerous than cigarette smoking."

“We warn our patients who are smokers that smoking is the leading cause of oral cancer and strongly advise them to quit smoking. For those who cannot or do not want to quit smoking by themselves or with currently approved methods, we convince them to switch to non-combustible alternatives,” 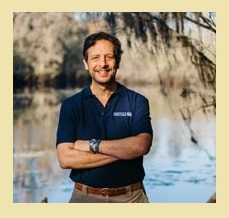 Earlier this year, the findings from a major clinical trial, published in the New England Journal of Medicine, showed that e-cigarettes were almost twice as effective as the nicotine patch for producing one year of smoking cessation. These findings added to those of other, smaller studies previously published.

“This could be a game-changer for lots of people,” says Thomas Brandon, Ph.D., director of Moffitt’s Tobacco Research and Intervention Program and chair of the Department of Health Outcomes and Behavior. “It means that for smokers who have not been able to quit by using the available medications, vaping might be worth a try. But it is important to completely switch from smoking to vaping to get the most health benefits.”

Thomas Brandon, PhD, is the Director of the Tobacco Research and Intervention Program and Chair of the Department of Health Outcomes and Behavior at Moffitt Cancer Center. He is also Professor of Psychology and Oncologic Sciences at the University of South Florida

2021: Reappraising Choice in Addiction: Novel Conceptualizations and Treatments for Tobacco Use Disorder

“If you’re going to do one or the other, in terms of these respiratory effects you’re probably better off with an e-cigarette,” says study co-author Dr. Stanton Glantz, a professor of medicine at the University of California, San Francisco

expert reaction to WHO report on nicotine and tobacco products

Ending Cigarette Use By Adults In A Generation Is Possible

Letter with names to research

Comments on vaping and tobacco harm reduction from expert stakeholders

More names on this doc

The Truth Initiative, too, once embraced harm reduction. Its former board chairman, Tom Miller, Iowa’s long-serving attorney general, still argues that e-cigarettes are a “means to saving millions of lives.” Cheryl Healton, its former CEO, and David Abrams, formerly executive director of the Schroeder National Institute of Tobacco Research and Policy Studies, which is housed at the Truth Initiative, are harm-reduction advocates. So is Steven Schroeder, for whom the institute is named. Found here

John Britton There are other arguments not presented above, and more will arise, but in my view electronic cigarettes represent a potent opportunity to prevent death and disability from smoking. It is therefore important to grasp the opportunity they provide while also managing the risks to minimise any unwanted effects. I therefore propose that electronic cigarettes are an opportunity that health professionals should welcome and develop, and use them to help prevent death and disability from smoking in our society.

Jim McManus, Director of Public Health, Hertfordshire: How and why I changed my mind on e-cigarettes, 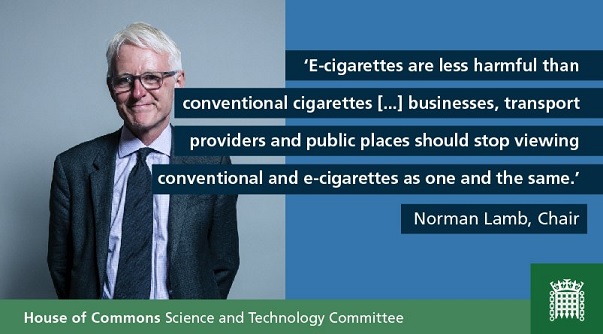 Retrieved from "https://safernicotine.wiki/mediawiki/index.php?title=Nicotine_/_THR_-_Statements_from_Experts&oldid=6205"
Cookies help us deliver our services. By using our services, you agree to our use of cookies.